Girls should never be afraid to be smART

Be Who God Created You to Be 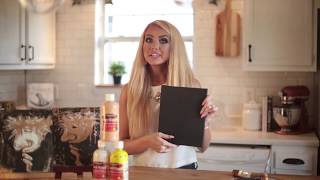 I JUST WON THE GONG SHOW + THE NEW WEBSITE IS LIVE YALL!

When I was a little girl I lived in the projects, but I had no idea we were poor. When I told my mom I wanted to be an artist when I grew up, her response was not a reflection of our reality. No, rather it was one of fight. The response my incredible mother gave me has defined my entire life: "Jess you can be whatever you want when you grow up as long as you go to college.” Her words were simple. Inspiring. Pointed. But ultimately risky because when you’re digging in dumpsters for clothes & one tiny step away from calling the pavement your pillow, becoming an artist or even going to college for that matter doesn’t seem like something realistically within reach to most, but I never knew that.

My mother’s words were not engrained in me because they were just sweet & naive. No. They defined me because they were not empty! They were confident. My mother is the strongest woman I know. Single mother, worked 2 jobs, school full time & lived in poverty. When she finally graduated nursing school (with a 4.0 I might add🔥), I was in the 6th grade. My mother made me a believer of my own dreams because she never backed down from her own & always taught me to believe in mine. I am only in my 20s but if I’ve learned anything in my short life it’s this: No grit, no pearl is a true statement. I’ve witnessed & lived it.

My mom was dealt a less than fortunate lot & for over a decade fought her way out. She dreamed of a better future for us. I’m not sure what superheroes are made of but I’ve never met strength & fight like this woman’s, EVER. So on this #motivationmonday I would like to share what my mother taught me about dreams: She taught me that even when reality may be cruel, never to be afraid of it. That if you are going to have a dream, then be prepared to fight for it. We live in a real world where success is only built on sweat, more sweat, & resilience, that stripes are earned, never given, and reality doesn’t hand out participation trophies. If you want something, you are going to have to quit wishing for it, rather you have got to go out & get it. So in 2018, I want to encourage you -Don’t look for a way, make one. Don’t wait for an opportunity, create it. Never give up!